If you need custom guitar tab, or custom tablature for any stringed instrument, here’s what you need to know:

There is an ongoing battle about “which is better”, standard notation or TAB, and we believe that both are! The problem with only using notation if you are more of a beginner, is that you’ll still have to figure out where to play the note on your instrument. This is because when you are using an instrument like the piano or flute, there is only one place to find each note. Stringed instruments however can produce the same note in a number of places, and every player usually does it differently!

As depicted in the picture, standard notation simply shows you what note is being played, but not exactly where it is played (like tablature does). 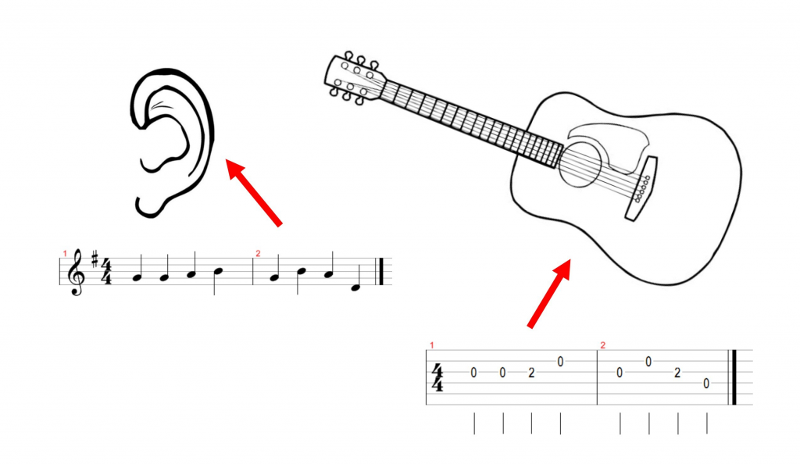 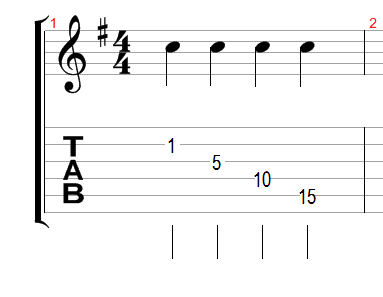 So let’s say you were going to play Yankee Doodle (yes, we know you really wouldn’t do that, we’re just making an example!)

Although the standard notation would be the same for all instruments…

The TAB would be entirely different for the guitar, or banjo, or mandolin, or what have you… 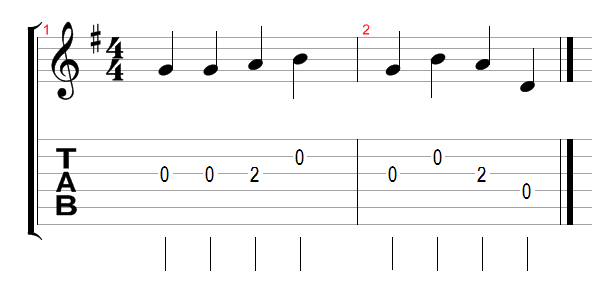 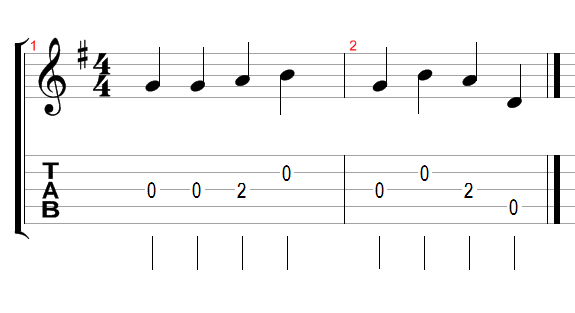 So as you can see, every instrument has it’s own way of finding the melody, on different strings or frets (or valves or keys, etc). The benefits of standard notation are many, not in the least because it’s been around for over 500 years and so much of the worlds music is written using it. If you can read standard music notation on your instrument you can open up any music book and immediately hear what it sounds like, whether it’s jazz, classical, folk songs or an arpeggio. And that’s a pretty huge plus!

However, as a beginner it can be confusing because it doesn’t show you how to find the note on your instrument, and that’s where TAB comes in. When you’re starting out, or learning a highly technical piece, TAB is very handy to find out exactly where on the neck the notes are being played. Or say if you’re  wanting to learn a Bela Fleck solo note-for-note, you would definitely want TAB for that.

So that’s why at JamAlong we use both!